What is the opening of your book?

These are the first critical pages that readers see when they click your ebook on Amazon or flip through your book in a store. It could even be at an author event, in which case they might doing it right in front of you.

And you know, it’s always fun when they pick up the book and then they put it back down with a “meh.”

Let’s work on this, so that you don’t have these kinds of moments (unless the reader really doesn’t enjoy your genre–in which case, they can roll on by).

After the book cover and the book blurb, everyone judges a book by the first few pages. Who is everyone? Agents, publishing house editors, readers, your dog (okay, not really the last one, although your cat probably would).

Basically, book openings are super-important. So let’s dive into the 5 Ways to Nail the Opening of Your Book.

(Prefer to listen? Click here or scroll down for the podcast link.) 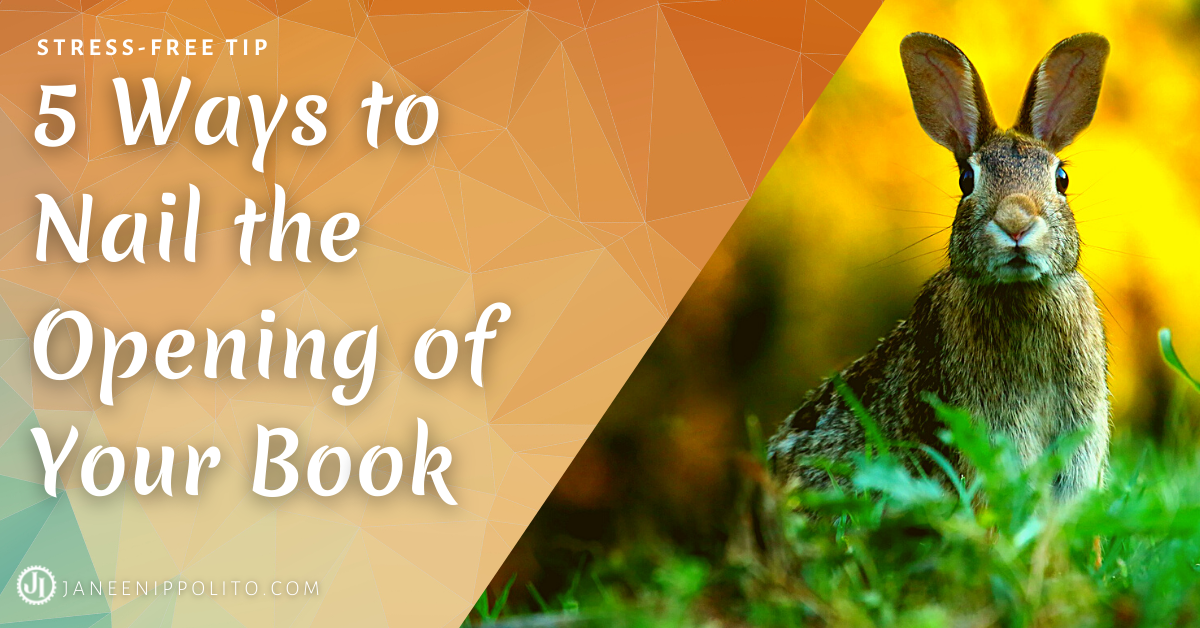 Note: while nailing your intro is amazing, having an amazing five pages that then crash and burn is not so great. So while working on your intro, make sure you’re also working on
the rest of your story.

This is your market-based tip. Every genre has different expectations for what’s going to happen in the intro. While there are a few elements that every book intro needs to include, even the way those elements manifest can be very different.

If you’re doing a romance book, for example, you’re going to really want to start connecting people with your protagonist right away.

If you’re writing a thriller, you may actually be using a minor character in a completely different location to set up an important part of your overall plot, instead of worrying about your protagonist.

If you’re doing a humorous story with a really strong narrative voice, then your intro may actually be a prologue that showcases that narrative voice (and possibly the character who is functioning as the narrator).

Bottom line: make sure that you know what the reader and market expectations are. It will help you so much to make sure you’re connecting with your ideal readers.

2.) Understand what you’re working towards.

This is your plot-based tip. You need to have a firm grasp of the rest of your story to write a great intro. So if you’re one of those authors who ends up writing their book and then having to go back and tweak their intro, it might be because, at the start, you weren’t entirely sure what your plot was or how it was going to play out.

You need to know what your story is working towards and how to best connect with the overall theme, message, arc, story, all those wonderful things, which is why intros often need to be polished at every stage of the editing process.

This isn’t always the case. Sometimes you get an amazing line that you have to work around because that’s the only line you can envision to open your book. Amazing lines are a thing. However, even then, you have to tweak the plot itself to align with the line.

3.) Open with a moment of dissonance.

This is a tension-based tip. A moment of dissonance is a small difference that occurs at the beginning of the story.

In fact, when I was first working with manuscripts and stories, I’d get confused. I knew that the inciting incident was supposed to be the change point, but I kept seeing these smaller changes at the beginning of books. This is what I finally labeled the moment of dissonance.

So never open with a completely ordinary moment. Always have something a bit off-kilter.

4) Make or break your character in your intro.

For instance, if your character starts off the book in prison, then maybe the tension is that they’re finally being called out for their sentencing or their execution, or maybe they’re called out because they’re being unexpectedly set free.

This is something I do in my book Met by Midnight. The main character starts off in an especially low place at her father’s deathbed, and he’s saying his last words. Now this is a Cinderella retelling. Her dad’s death is an important part of the story because we all know Cinderella’s parents are traditionally dead in the fairytale, but it’s not the inciting incident. The inciting incident is going to come later with the fairy godmother and the prince and all those characters. But opening at this moment does give my protagonist an especially low point that she has to push through.

So that’s another tip for how to open your book: make or break that protagonist. Put them in a place where they’re having an unexpected high or an unexpected low and make them have to deal with it from the start.

Great opening lines get put on cool graphics and people go, “Ooh, I wish I could write that.”

This also takes practice. Out of all of these tips, opening with a clever line is probably one of the hardest ones to execute well. Some people have a natural knack for it, whereas others do not. That doesn’t mean that writing clever lines is impossible. With work, you can get really good at this. It can be learned (I’m going to be teaching tricks and tips at Author Elevate).

The trick is your clever line doesn’t salvage a weak intro.

So if you have a clever line, but it doesn’t do at least two of the following:
-connect with your overall story
-make or break your character
-introduce a moment of tension

then that clever line doesn’t count toward making your story awesome. And I am saying this as someone who loves clever words (I have a whole blog post on author taglines).

Now, using clever lines and clever words can be a great way to open up a story, especially if you have a character who is naturally snarky or poetic, or if your writing style for that book is going to be particularly snarky or poetic.

However, don’t get hung up on trying to be overly clever, especially during the beginning parts of drafting. Work on making sure your overall story amazing, and polish up those individual lines later on.

In summary, here are 5 tips to nail your book’s opening:
-Know your book’s genre
-Understand and foreshadow your plot
-Open with a moment of dissonance (or tension)
-Make/break your character with an unexpected high or low
-Use a clever line which is prose-based

With these five tips, you’ll be well on your way to crafting that perfect intro to your story.

7 Ways to Restore and Refresh Your Creative Juices

The Essential Element for Writing/Marketing Success

3 Tips for Working with a Book Cover Designer 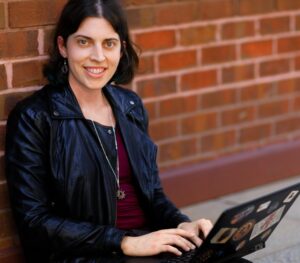